The Cabin and the Comic

Bruce Timm is one of the most celebrated cartoonists/animators of the past several decades.  His career with DC Comics/Warner spans more than 25 years.  You know his work in the animated releases of Batman, Superman, The Justice League and The Green Lantern to mention a few.  In June of 1979 Bruce Timm and a few friends stayed at the Wawona Cabin.  Bruce was just 18 at this time and his long celebrated career had yet to begin.  The pages below were entered in our guest book.  These were the days when trash pick-up was at the cabin and bears would be a regular sight.  We’ve enjoyed these entries for years. 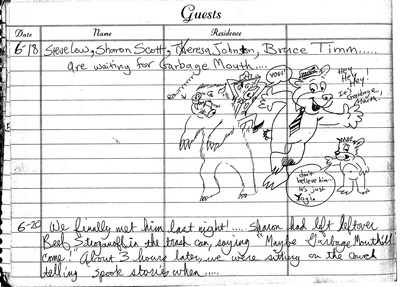 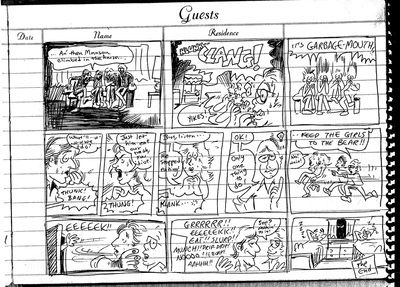 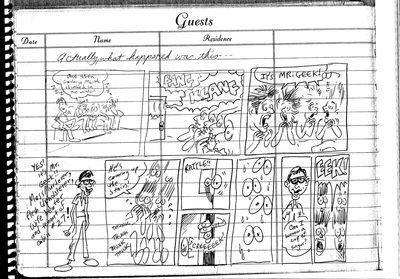 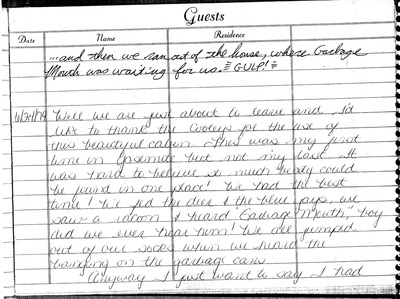 Linda Cargill is a prolific author of young adult mystery novels with over 150 books to her credit.  In May of 2000 she stayed in the Wawona Cabin (#24).  This was shortly after the cabin had been rebuilt from the 1996 fire.  She read the cabin history book which described the fire, the aftermath and the rebuild and became inspired for her next book.  In December we received a package in the mail with a note and the entire manuscript of Linda Cargill’s newest novel Mirror Lake.  Many of the scenes of the book revolve around Cabin 24, and although fictional, the book does describe many local scenes from the Wawona region.

In 2013 it was released as an eBook on Amazon.  The book description reads:

“Abigail's father must spend the summer in the High Sierras doing research on glaciers. The cabin rental company is all too willing to provide everything for her family. There is the nice cabin in the woods right next to a lake, Cabin 24. There are the tall trees, the mountains, the fresh air.

But who is the big dude with the wild-looking hair who can only grunt and say a word here and there? He follows her around everywhere and glares at her. Why does Lucy, the manager's daughter, keep on telling Abigail "not to play with matches"? Why has Lucy turned Cabin 24 into a shrine, complete with antiques, in honor of the family who lived there one hundred years ago --- before the great flood?

Above all, why does Abigail dream of a face staring back at her own from the waters of Mirror Lake? Why is the face beautiful in profile only? When it turns in the other direction, it looks hideous.

Is the face trying to tell her something before it is too late?”

Below is Linda’s entry in our guest book describing her inspiration, the note we received and the first page from the manuscript we received. 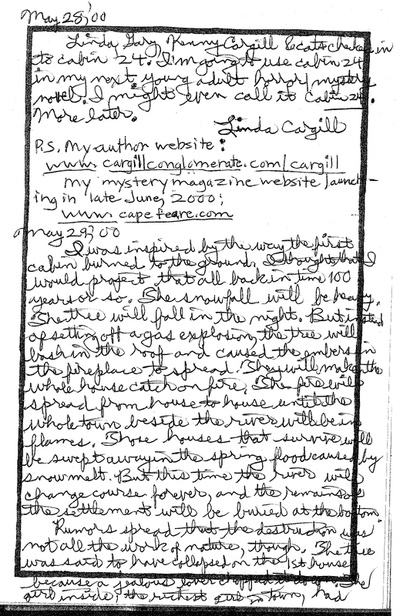 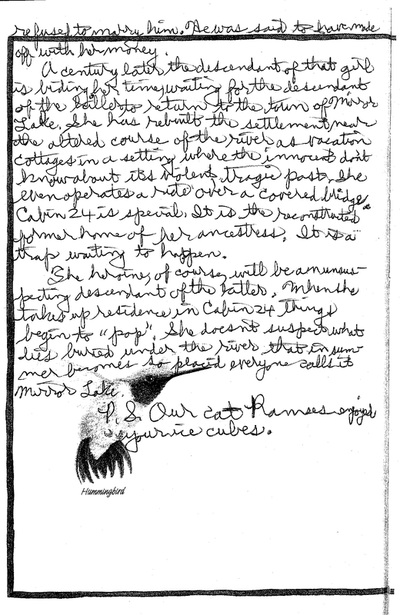 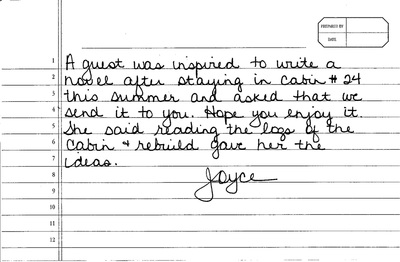 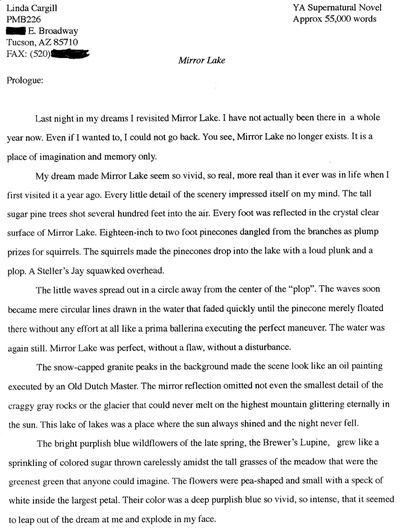 In Wawona and downstream, the South Fork Merced River provides habitat for a rare plant, the Sierra Sweetbay (Myrica hartwegii). This special status shrub is found in only five Sierra Nevada counties.  In Yosemite, it occurs exclusively on sand bars and river banks along the South Fork Merced River downstream from Wawona and on Big Creek.
Yosemite Vacation Rental - Wawona Cabin 24